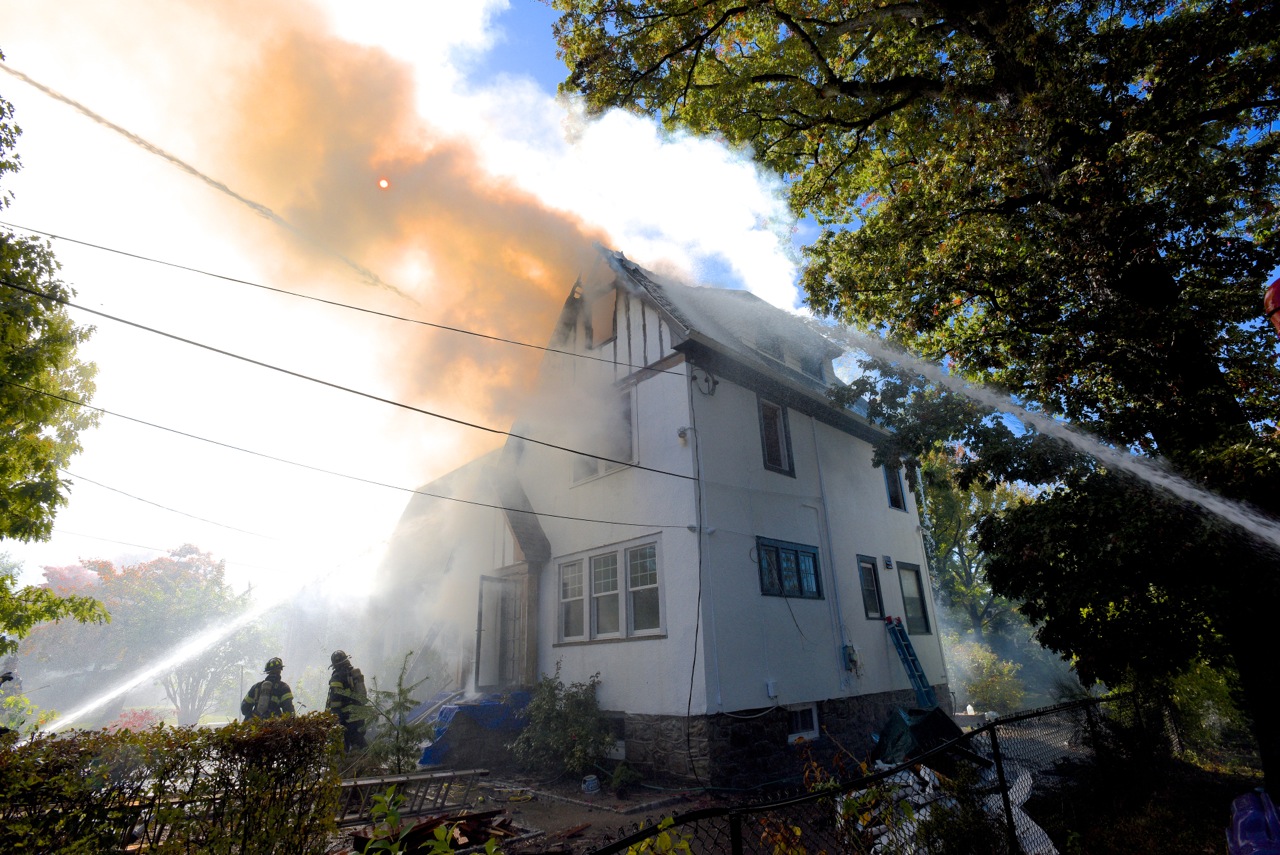 We are touched by the outpouring of concern and support for our 5 brothers who were injured at last week’s fire. You’ll be happy to know that they all confirm they are doing well. Initial reports varied from

“I felt fine, but when they tested me at the hospital, I had the most Carbon Monoxide in my blood – and other guys looked way worse!”

It just goes to show that, with all the synthetics in today’s homes, inhaling smoke is a big risk, for civilians and firefighters alike.

So many of you asked great questions about why this happened and what can be done to prevent future injuries. It dawned on us that, while there are plenty of educational resources for us firefighters, we’re not aware of any place where the public can go to get straight, unemotional, simply-presented answers about what really affects the safety of firefighters and civilians during emergencies.

Naturally, we created one for you!

NEW ROCHELLE, NY, October 15, 2015 — Faced with an advanced fire ripping through a large home, New Rochelle firefighters pushed in aggressively. A senior officer on the first hose team reported, “it was the hottest fire I can remember… fire in every room on the third floor”. “Smoke was pumping out of [the underside of the roof]” as firefighters arrived, according to one of the first on the scene. It wasn’t long before fire, which had already jumped from the first floor to the third, had burned “through the roof”. Luckily, the homeowner got out safely.

Three injured firefighters had to be rushed to Montefiore New Rochelle Hospital for smoke inhalation and exhaustion early on. By the end, the fire had injured five of our brothers. Among the injuries were elevated carbon monoxide levels and smoke inhalation. With all the toxins in today’s smoke, these exposures often add up to cancer, and any single one can be potentially devastating. There have been cases around the country where firefighters have gone home with similar symptoms, and sometimes died days later. Usually we get lucky…

While many factors contribute to the outcome of any fire, it is important to note that almost every fire company in New Rochelle is one firefighter short of the industry standard minimum staffing to effectively fight house fires. This allows the fire to grow as each task takes 20% longer, as proven by National Institute of Standards and Technology (NIST) experiments. A Providence FD study showed that adding the missing firefighter to each company reduced injuries by 24%, which would equate to 1 or 2 fewer injuries at this fire.