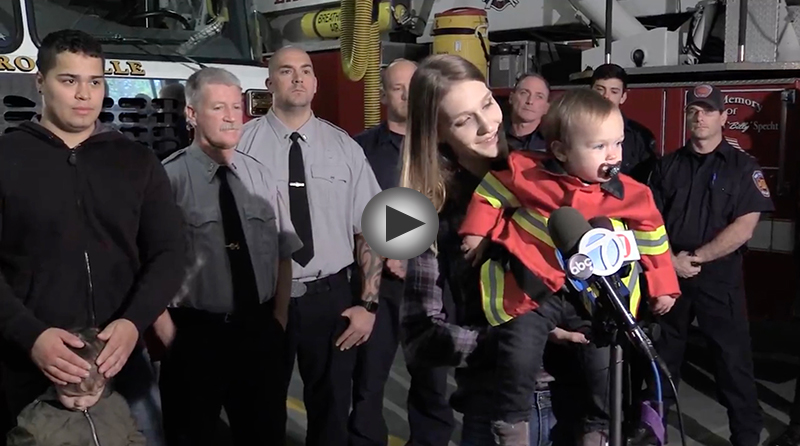 “The little fawn was running around down there, panicking. We set up a rope and my crew lowered me down. I held it in my alarms and they pulled me up. Luckily, it seemed uninjured and ran off toward its mother as soon as we put it down.” – Firefighter Greg Rigos.

Thanks to New Rochelle’s Talk of the Sound for the great video/photos!

NEW ROCHELLE, N.Y. (CBSNewYork) – A small fawn was in big trouble Wednesday after falling into a well. New Rochelle firefighters rescued the deer from a 25 foot deep dry well behind a home on Pinebrook Boulevard. Firefighter Greg Rigos went down into the well to tend to the animal, which was crying for its mother.

Several injured occupants, at least one reported to be critical, had to be cut out of their cars with the “Jaws of Life” last night after being trapped by a terrible car accident on Lincoln Avenue. Multiple ambulances raced to the scene, rushing the victims to the hospital after they were stabilized and freed from their vehicles by New Rochelle Firefighters.

Five young people are in the hospital this morning after a car crash in New Rochelle on Tuesday. Eyewitnesses tell News 12 a car with

NEW ROCHELLE, NY — Five people were injured, one very seriously, in a violent collission between two cars in front of 281 Lincoln Avenue in New Rochelle earlier this evening. One person, described by paramedics on scene as “unresponsive”, was taken to Jacobi Medical Center in the Bronx.