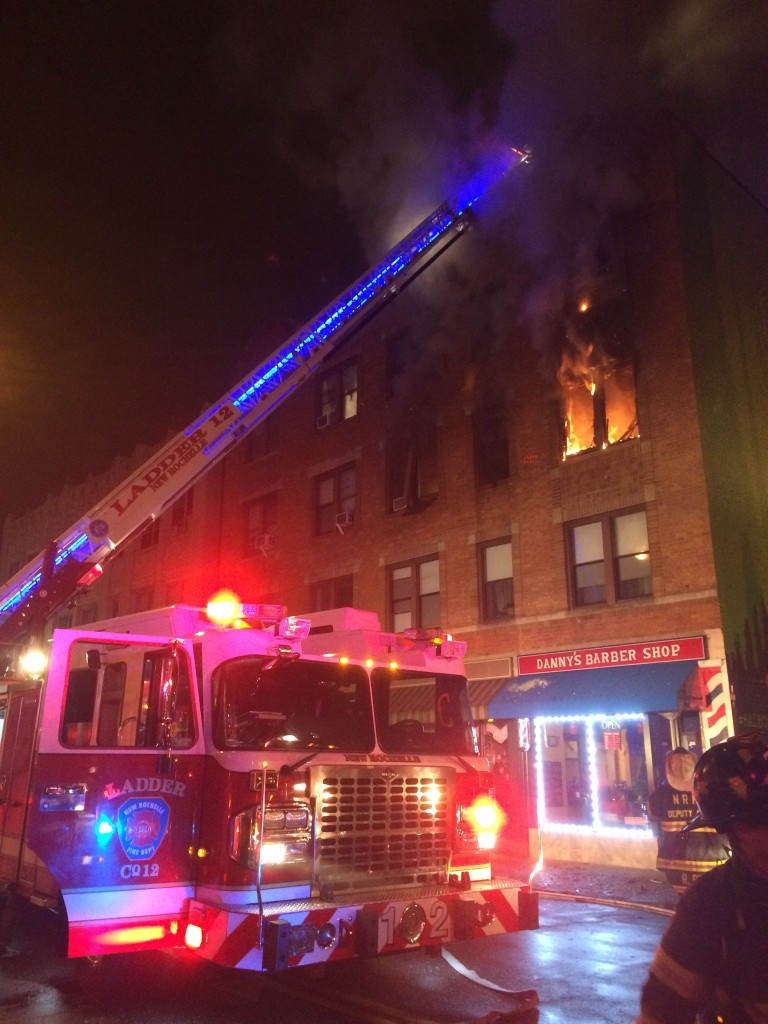 After hearing that people were trapped, the crew of Ladder 12 could not wait for the protection of a fire hose. Two firefighters raced alone against a river of terrified fleeing residents up to the third floor and crawled deep into the burning apartment.

“When we got to the bedroom, the fire was right there rolling out over our heads”, reported one of those first members inside.

While his partner searched for victims, he made a stand at the bedroom door so that fire would not overtake them. “I was hitting it with the [extinguisher], holding it back”, he explained. After searching the raging bedroom, they closed the door. The reason was simple: “fire was coming”.

Luckily the occupants were already out. And then, a very welcome sound – Engine 22 bleeding the air out of their fire hose, ready to enter the apartment and put out the fire. And that they did. A short time later, the flames that had been fiercely blowing into the street and up the side of the building out of several windows were reduced to smoldering debris.

Fire forces 60 onto the street

Over 60 people had to be evacuated after a fire ignited in the their New Rochelle apartment building overnight. Fire officials say flames broke out

Residents evacuated on Centre Avenue NEW ROCHELLE – Residents were forced into the cold early Wednesday morning after a fire broke out in their apartment building. Everyone was evacuated from the four-story building at 77 Centre Ave. after flames tore through an apartment around 5 a.m., New Rochelle police said.